tulsi Label was born from a love of fashion and the women that oozed style throughout the ages.

tulsi's first and second collections are dedicated to these women. Each piece may not have been directly inspired by or designed with the name sake in mind, but each of these amazing women have made us fall in love with fashion even more every time we see photos of these iconic style icons.

In the collection Resort 18, we paid homage to some of these ladies from the 60's & 70's that have shaped our personal styles and in turn tulsi Label.

Jane Birkin was an actress, singer and model for over 3 decades through the 60's, 70's & 80's. Although widely known for her extensive acting and singer career, she is probably now most well known for lending her name to the globally popular Hermès Birkin Bag.
In 1983, Hermès', then chief executive, Jean-Louis Dumas was seated next to Birkin on a flight from Paris to London. Birkin had just placed her straw bag in the overhead compartment of her seat, but the contents fell to the floor, leaving her to scramble to replace the contents. Birkin explained to Dumas that it had been difficult to find a leather weekend bag she liked. In 1984, he created a black supple leather bag for her: the Birkin Bag based on a 1982 design.
In 2015, Birkin wrote a public letter to Hermès requesting her name be removed from the bag, stating she wanted the company to "debaptise the Birkin Croco until better practices in line with international norms can be put in place," referring to the cruel methods used to acquire the skins for the bags. Hermès announced soon afterwards that it had satisfied Birkin with new reassurances on this.
It takes an incredibly strong, beautiful and confident women to not only inspire one of the biggest status symbols in the world, but to also challenge a powerhouse like Hermès and make them change their production methods for such a worthy cause. 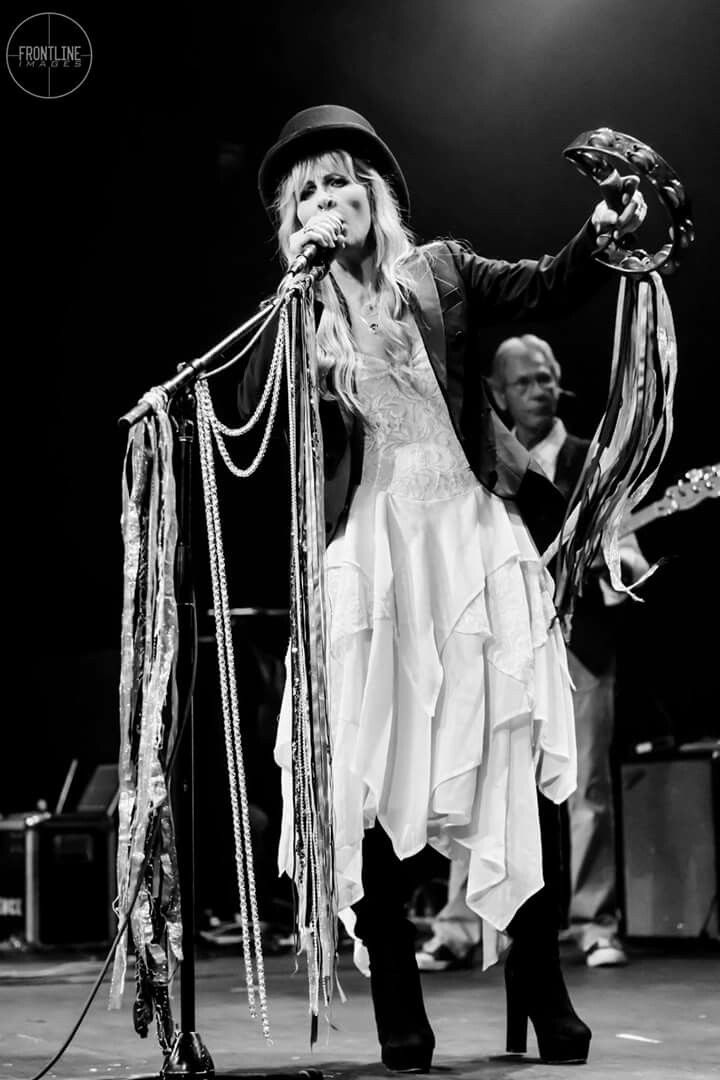 Stevie Nicks is an American signer and songwriter best known as the songwriter and vocalist for the band Fleetwood Mac. Stevie also had a chart-topping solo career.
Her career with Fleetwood Mac and as a solo artist has produced over 40 top-50 hits and sold over 140 million records. Stevie has been named one of the 100 Greatest songwriters of All Time by Rolling Stone.
Stevie was inducted into the Rock and Roll Hall of fame with Fleetwood Mac in 1998 and will be inducted as a soloist in 2019. She will be the first woman in history to be included twice into the Hall of Fame.
Stevie also started a charity for wounded military personnel called Stevie Nicks' Band of Soldiers. While visiting wounded soldiers, Stevie often leaves a 'soldiers iPod' which is a autographed iPod filled with playlists and music that she personally selects. She does this in hope of raising their spirits and giving them something to do and to look forward to.
Apart from her epic singing career, Stevie was also know for her mystical stage persona and fashion style. She was the queen of pairing beautiful, romantic and 'girly' pieces with grunge and punk elements to create her own personal 'pretty grunge' style. This sort of pairing is still seen all over magazines, social media and fashion blogs today.
She inspires us to dress how we want to dress and feel amazing doing it. Without even trying she became a fashion icon just by being herself.

Yoko Ono was labelled the woman that broke up The Beatles. But she was made infamous for all the wrong reasons. In reality she is an incredible human rights and peace activist, celebrated artist and and beautiful songwriter. These are the reasons that she should be known for and why she has inspired us.
Her music has received critical acclaim and her album Double Fantasy reached the top of the charts in 1980. The feminist themes to her music have inspired many artists throughout the last 4 decades.
Her artwork has been shown in New York, Germany, UK and Spain. She has received the Golden Lion Award for lifetime achievement in 2009 and in 2012, received the Oska Kokoschka prize which is Austria’s highest aware for contemporary art.
But her biggest influence is her peace and human rights activism. Yoko preserves John Lennon’s legacy with museums in New York, Japan and Iceland and created and funds the biennial $50,000 LennonOno Grant for Peace. In 2012, Yoko received the Dr Rainer Hildebrandt Human Rights Award in recognition of her extraordinary, nonviolent commitment to human rights.
You could go on for days on Yoko Ono’s contribution to the world, but I think we can all agree she is one incredible woman.

We all know the iconic image of twiggy with her bob haircut and huge black eyelashes. But there is so much more to Twiggy than just a stunning face.
Being short for model (only 5’6) didn’t stop Twiggy as she captured the fashion industry by storm with her androgynous look and boyish figure. At the age of 16 she was named ‘The face of 66’. She travelled the world modelling and took her fame to the next level bringing out her own range of ‘Twiggy Dresses’. With her popularity growing she decided to capitalise on it and continued with twiggy pens, lunch boxes, eye lashes and other cosmetics.
After only 4 years of modelling, Twiggy moved onto other endevours stating ”You can’t be a clothes hanger for your entire life!” She went on to act and sing, winning two golden globes for her work in the musical film The Boy-Friend, and has had an extremely successful career right up until present day.
Twiggy was appointed a Dame Commander of the Order of the Britsh Empire this year for her services to fashion, to the arts and to charity.
To be most known for something that was such a short period of your life means that she was truly one of the best and made such an impact on the fashion industry. She is still a household name to this day, 50 years later which is an incredible achievement.

There are so many other amazing woman that have inspired us and after reading the above I imagine you will quite easily be able to guess the owners of our other garments names.

These woman are inspiration to us for far more than being a pretty face. They are talented, driven and powerful women who leave a legacy beyond fashion. In saying that, we are so thankful for their contribution to fashion as without them the world would be a very plain looking place.

We will be back with some of our inspirations from our Golden Era Collection, so stay tuned!